ISI® Elite Training, one of the nation’s fastest-growing boutique fitness concepts built on athletic-based training (ABT) was recognized as one of the Top New and Emerging Franchises in 2022 in the April/May issue of Entrepreneur magazine. The ranking highlights the newest and hottest companies that have begun offering franchise opportunities since 2017. ISI® Elite Training ranked 138 of the top companies that have been in franchising for five years or less.

“We are thrilled and proud to be recognized by Entrepreneur Magazine as a Top New and Emerging Franchise Brand,” says Adam Rice, CEO, ISI® Elite Training. “Cities across the nation are embracing our community-focused ABT fitness model as people look to re-engage with in their neighborhoods, take a preventative stand toward their health and wellness, while committing to a team-style workout.” In its year-over-year (YOY) report, ISI® Elite Training reported a 12% growth in AUV as of Q1 2022 and 16% growth in Same Facility Sales (SFS) as of Q1 2022. Additionally, ISI® Elite Training’s Charlotte-based headquarters team doubled as franchise inquiries and discovery days experienced a surge in operations. The ABT fitness brand is slated to open an additional 12 franchise locations in Q2 2022 alone.

The Top New and Emerging Franchises ranking is based on information submitted to Entrepreneur for its annual Franchise 500® and is part of the brand’s continuing effort to best understand and evaluate the ever-changing franchise marketplace. To qualify for inclusion on the 2022 list, companies featured have been offering a franchise model for five years or fewer and were assessed across multiple data points, including unit growth, start-up costs and fees, training and support, the parent company’s financial stability, and brand strength.

“Entrepreneur’s Top New and Emerging List not only highlights some of the hottest companies in the franchise business, but underscores that creativity and innovation are alive and well in 2022,” said Entrepreneur Senior Vice President of Franchising Liane Caruso. “Each year, approximately 300 brands begin franchising their concepts, showcasing the incredible diversity, opportunity, and accessibility that exists for today’s entrepreneur.”

ISI® Elite grew its membership base across its 16 open locations by 133 percent compared to previous years in operation. New store locations, such as Tega Cay and John’s Island, SC, opened with more than 250 memberships sold. Across each of its locations, ISI® Elite also reports a nearly 12% percent increase in facility sales growth (AUV). Retail channels in each ISI® Elite Training location increased more than 69 percent from last year.

The three main drivers of ISI® Elite Training’s growth is its community-focused approach, athletic-based training (ABT) model, and quarterly challenges, accounting for nearly 300 percent of the fitness concept’s year-over-year growth. Athletic-based training engages a sense of “team sports” where everyone contributes to the collective momentum of the workout. It instills accountability to everyone involved in the workout, while empowering personal growth and exceeding fitness benchmarks.

Ready to own your life?

To learn more about the ISI® Elite Training franchise opportunity, click here to fill out an inquiry form and start a conversation. We can’t wait to hear from you! 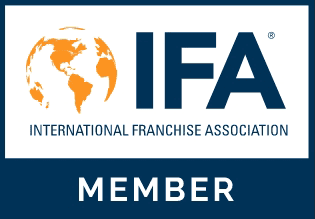